The Carmel Quartet was founded in 2000 and is one of the longest-standing and most versatile chamber ensembles in Israel. The quartet has won prizes and awards, including First Prize in the “Prague-Vienna-Budapest” string quartet competition. The Carmel Quartet has appeared in concerts throughout the country, in Europe and the USA, including a concert at Carnegie Hall.  The quartet regularly participates in prominent chamber music series and prestigious festivals, including the Jerusalem Chamber Music Festival and the Voice of Music in the Upper Galilee Festival at Kfar Blum, and is admired by critics and audiences alike. In December 2013 the quartet made their debut tour in China, including an exclusive concert in the concert hall of the Forbidden City. In September 2016 the Carmel Quartet was ensemble in residence in the Corfu Music Holiday Festival, and in August 2019 the Quartet performed in the Morellino Classica Festival in Tuscany, Italy. The quartet has performed with leading artists such as the late Penina Salzmann, Alberto Mizrachi, Emanuelle Segre and Tabea Zimmermann, and regularly hosts in the Strings and More series leading artists such as Hillel Zori, Zvi Plesser, Ron Selka, Gilad Harel, Tomer Lev, Einav Yarden and Roman Rabinovich.

The Carmel Quartet is dedicated to music education and to expanding the audience for chamber music in Israel. In 2007 the quartet established a concert series with explanations and commentaries “Strings and More”, which aims to enrich the listening experience by placing the compositions performed within a wider cultural context. The series is directed by the quartet’s violist, Dr. Yoel Greenberg, a lecturer in the department of music at Bar-Ilan University, who studied musicology at The Hebrew University and at Princeton. The other quartet members — Rachel Ringelstein, Tali Goldberg and Tami Waterman — enrich the explanations with theatrical excerpts and literary examples. The reactions to this series by the audience and the media alike have been singularly enthusiastic. The series is played at four centers throughout the country and also includes one concert in each series in English. The series has also been performed in the USA, the United Kingdom and Greece. The quartet is also becoming increasingly involved in music education for children.

The Carmel Quartet goes beyond the standard repertoire by commissioning new works and exposing neglected masterpieces. In recent years the quartet has performed and recorded works by Josef Tal, Erich Walter Sternberg, Paul Ben-Haim, Noam Sheriff, Carmel Raz, Gideon Lewensohn and Uri Netanel. In the coming seasons the quartet will perform works by Menachem Zur and Yinam Leef, also playing the premiere of a quartet by Paul Ben-Haim composed in 1914. In 2011, the quartet brought to light a forgotten string quintet by Paul Ben-Haim. This quintet, which had not been performed since the 1920s (when it received highly favorable reviews), is an ambitious and important work, whose discovery makes an important contribution towards better understanding Ben-Haim’s music.  The Carmel Quartet's debut CD, including quartets and quintets by Paul Ben-Haim, was issued by Toccata Classics in early 2014. The CD was reviewed by MusicWeb international (“it's hard to imagine these pieces being done better”), Fanfare Magazine (“The Carmel Quartet play with technical polish … along with obvious commitment and feeling”), Classical Lost and Found (“immaculate interpretations”) and HaAretz (“Outstanding playing, that does justice to these fine scores”).

The Carmel Quartet's series "String and More" of Explained Concerts in Jerusalem, Tel-Aviv and Haifa, has enjoyed both critical and popular acclaim. For the benefit of the English-speaking community, a separate series is given in English in Jerusalem.

The Carmel Quartet's activity is supported by the ministry of culture and sport. 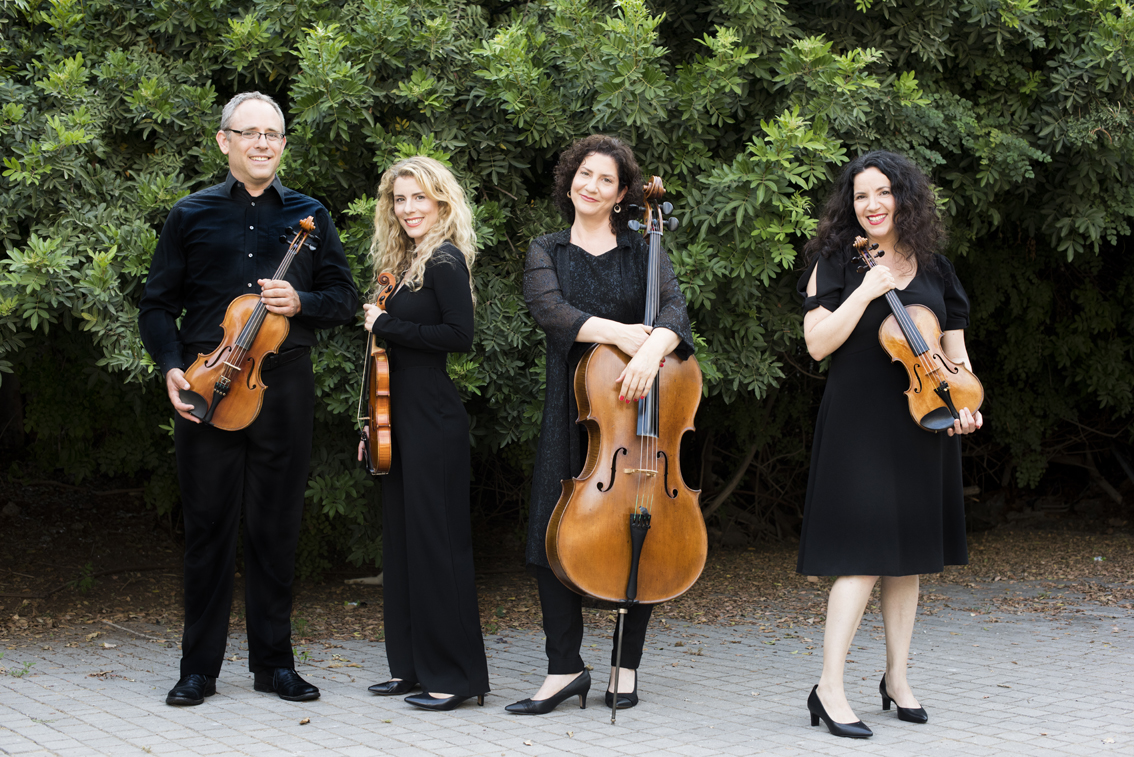